Codependency: What is It, Really?

As codependents, we have a tendency to lose ourselves in relationships.

Most people think of codependency as being in a relationship with a addicted partner. And though that was true in my own years of active drinking, when I got sober, I discovered that codependency is much more. Codependency is about the relationship you have with yourself. It’s a set of characteristics and patterns of behavior we develop to help us cope, typically from a childhood that revolved around (but not limited to) addiction, emotional instability and trauma, and physical or mental illness.

Working Through Divorce With Mary and Joseph 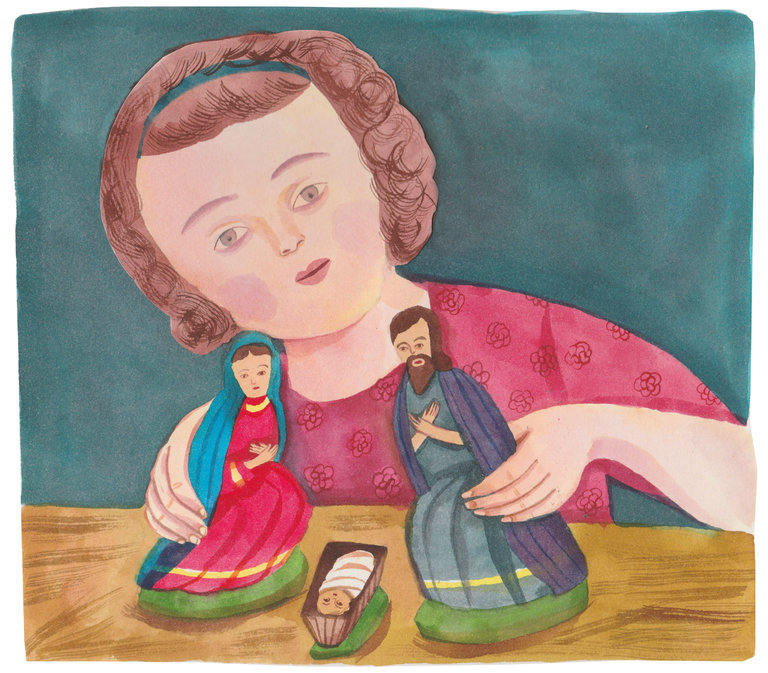 It’s not unusual for people to turn to religious figures for comfort in difficult times. But when I saw my young daughter do it, I grew a little worried.

She was 5 at the time, and her father and I were separating. That’s when she turned to the nativity figurines I had set out for Christmas to play out the angst in our household.

I remember the night my husband told her he was leaving. After supper, when the table was cleared and dishes were done, after her bath was taken and jammies were on, the three of us sat at the maple kitchen table in the designated places we took for dinner each night. Our only child perched on her big-girl chair between us, sensing something was up.

How My Untreated Codependency Led Me to Addiction

Fear and shame are at the center of co-dependency: fear that what we experienced in childhood will happen again, and shame that we were in some way responsible for it.

“There are many addictions used to plaster over and pretend away anxiety…. We deflect the work of solving our life’s anxieties and fears into addictions.”

“Co-dependency is our set of self-defeating behaviors that impair the expression of our true, highest selves… Our histories include other powerful addictions that we used to cope with our co-dependency.” These were some of the words I heard the moderator speak when I sat in on my first CoDA meeting.

I had already been to dozens of AA meetings when my therapist gently suggested I go to CoDA, otherwise known as Co-Dependents Anonymous. I’d been sober for five months and she noticed I had trouble keeping the focus on myself. She mentioned there was a weekly CoDA meeting on the Smith College campus, around the corner from where we sat.

I soon discovered this was where my true recovery began.

The gift I gave my daughter: A sober mom

I tell my daughter she came to me to help get me sober. She smiles and graciously agrees. She was 5 when I had my last drink.

The months leading up to that day were difficult.

Like my own mother, I was depressed for years without calling it that, never thinking my happy-go-lucky self could have the disorder. The mask I wore fooled those around me, as my dark moods grew deeper in the year before I stopped drinking.

Walking Alone in the Dark of Night

Not only is it a quiet space to hear myself think, but it has also made me more fearless

Melancholy has followed me around for years. It’s a feeling I’ve learned to grow comfortable with. And now it’s become part of my fitness routine.

I’ve been an avid exerciser since my late twenties. I started running in that carefree time of life and loved the surge of endorphins that filled my body with their feel-good rush. It helped stave off depression and made it OK to eat and drink as much as I wanted. But after years of punishing my joints by pounding pavements, I’ve since replaced it with walking. Something I prefer doing alone, in the dark of night.

For years, I exercised with my husband—our love of sweating out the beer we drank the night before a common goal. But when I got sober and the glue that held us together came undone, our marriage split at the seams and single motherhood became my life. I relied on friends to fill the void my divorce produced and exercised with them.

Good Housekeeping (also picked up by Cosmo and Woman’s Day)

My Ex and I Were Alcoholics, Now I’m a Proud Single Mom

I knew I had to stay sober for the sake of my daughter.

My husband left me on Mother’s Day.

I watched his pick-up pull away. Our brass bed was in pieces,  jostling in the flat of the truck for all to see, and it vanished down the street where we lived.

I had just gotten sober before he left. Our daughter was five, an innocent bystander to our family’s undoing. I thought my getting sober might help solve our marital woes and the troubles we’d been experiencing over the last few years – like our alcoholic parents before us – but it only made things worse. I soon found out there’s nothing more harmful to a marriage held together by alcohol than when only one of the spouses stops drinking.

The Haunting Memory of Drinking While Pregnant

When you’re pregnant, no amount of alcohol intake should be considered safe, but I did it anyway.

When I heard news of the latest report published by the American Academy of Pediatrics about fetal alcohol spectrum disorder, a big part of me applauded their findings, while the rest of me cowered with guilt. Pronouncements like these resurrect a mire of shame buried in the cave of old feelings.
*****

You go back to your room, not knowing what to do. The booze that’s always blocked your fear and insecurities, a thing of the past. You are so unsure of how to start this dance, your heart’s thumping a beat you can’t possibly follow. He tells you to unfasten his buttons, an easier thing to do when you’ve had a few drinks. You possess the awkwardness of a 15-year-old with her first love, the agility of a 5-year-old learning to tie her shoelaces. You want this to be so special you can taste it on the buds of your tongue, feeling it in the tingle of your ribs. But when you slide into this hotel room bed, a clandestine act that once incited great passion, and begin making what used to be called love with your husband, or something you thought was love, you sense the gig is up. Though nothing was actually said, you know deep down inside that the love you’re desperate to retrieve, is nowhere to be found.

While My Daughter Sleeps

I creak open the door. Light glares around her room. I speak her name. A question mark punctuates it as I turn and head for the stairs. Maybe she’s in the shower. I search frantically, but there’s no sign of life anywhere. Did she lose it and suddenly take off? Run through the cornfield naked on this frosty morn? Thoughts like this race through my mind; this year’s been tough on her. On both of us, for that matter.

A Guy Died While I Was Making Out With Him

In the midst of sloppy smooching and freely roaming hands, eyes closed in a haze of liquor and lust, my arm, stuck under my companion’s back, grew numb. Upon moving to reposition myself, I heard a thud; specifically, a body-dropping-to-the-floor kind of sound. Hy had fallen off the couch, just like that.

The Birthing of a Mother/Daughter Memoir: A Story of Letting Go

The idea first came to me when Maggie was 15. We were in the midst of the struggle that many moms experience with their teenage daughters — trying to renegotiate our relationship, while attempting to let go. Though a single mom and teen, the Gilmore Girls we weren’t. And because Maggie and I were so close for so many years, her need to pull away and define herself apart from me was strong. The only way I knew to counteract the pain of my daughter’s withdrawal and her years of individuation — to keep us connected in some way — was to write about what was going on, by keeping parallel journals.

Although today I make my living as a writer, cooking was my chosen profession for 10 years.

My mother, whose sense for the perfect ingredient was rivaled only by the likes of Julia Child and James Beard, acted as my professor in the culinary arts, and I accumulated credits as I loitered in her kitchen. But when I reconnected with an old lover — my very first lover, in fact, and the first man I have known intimately since my marriage ended — everything my mother had passed on to me fluttered out the kitchen window.